Chipmunks voice on Skype for Android

7 october 2015 at 06:29 1 comment Guidelines, Android
(1 vote)
Some users of free application Skype for Android discovered a very strange problem — when they talk on Skype, instead of the usual voice, the caller hears some fast, high-pitched, squeaky voice, as though funny chipmunks talking to him. 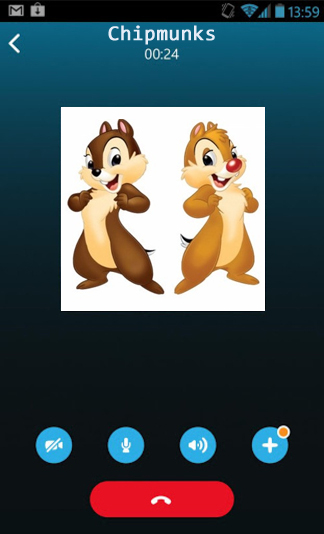 If at the beginning, this may seem funny, everything changes when is detected that the chipmunks voice is not so easy to remove. In this small guide, I want to tell you why there is a chipmunk voice and how to fix it in order again to talk in a normal voice.


It seems that this problem is not guilty of Skype, but of the application, "Ok Google", which distort the user's voice. The problem is that this application has been allowed to recognize voice commands from any application with enabled screen and during charging the device. Thus, while calling the application "Okay Google" intercepts voice, processes it according to their needs and Skype receives it in a distorted form.

To to remove the chipmunks voice, from the device's screen open Settings → language and input → Google voice typing → “Ok Google” detection and disable option “From any screen”.

Oddly enough, but while some users are trying to remove the chipmunks voice, others on the contrary, want to include the same voice. Well, in this case, just turn on the commands, "Okay Google" from all applications.