20 march 2016 at 13:27 6 comments Windows, Help
(7 votes)
Installer, also known as a setup file — is a special executable file that installs certain software on the computer. As a rule, its tasks include checking the system compatibility and minimum requirements, unpacking and copying files, downloading additional components, modifying the registry, running the necessary services and much more.

Like most applications, Skype for Windows has its own installer, through which users can install Skype on their computers. At present, there are four types of Skype installers, and though each of them installs the same application, each type of installer is useful in certain situations. 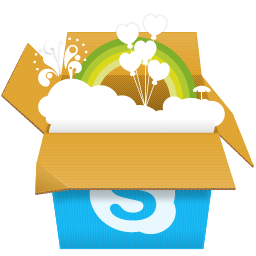 To understand what type is best for you, read a brief description of each. Here you will learn how to choose the desired installer and from where to download it.

"Web Installer" is the only installer that installs the recommended version and works just as well as the function of checking Skype updates. That is, even if there is a newer version, but is still in the testing phase, this installer still will not download it. For the most part, the installer is recommended to all users, as using it the latest stable version is always installed. However, it should be noted that is required an internet connection to use this installer.

"Full Installer", also known as alternative, standalone or offline installer, contains all the necessary data and files to install Skype, which is why, unlike the "Web Installer" it will be able to install Skype without having access to the Internet. Another advantage of this installer is that using it is always possible to install an older version, even if on the official website a new version is available. For this reason, on our website are uploaded only such installers so that users can install older versions of Skype.

"MSI Installer" as well as "Full Installer", is able to install an older version of Skype for Windows in the offline mode. The only difference is that it can be used to automate the process of installing Skype. In most cases, "MSI Installer" will be useful for system administrators who need to install and update Skype on multiple computers. However, depending on the computer settings when errors occur using "Full Installer", the other users also should try the "MSI installer".

Installer for Windows XP and Vista

A special installer for Windows XP and Windows Vista operating systems users. According to the functional and design, this installer does not differ from "Full Installer". The only difference, is that this installer contains a special DLL, which includes support for audio codec NGC (Next Generation Calling) in Skype for Windows XP and Windows Vista. That’s why, if you have installed one of these operating systems and have trouble with the sound, it is recommended to use this installer.

Not sure what means MSRU (maybe something related to "Skype Release Update"), but this link always allow you to download the latest version, even if developers canceled the release. For example, a few hours after release 7.30.0.103 version, other links again offer for downloading the old version 7.29.0.102, while only MSRU-link allows to download the latest release 7.30.0.103.

A special installer designed for testers - users who participate in Skype Insiders program (formerly known as Skype Pre-Release Program or Skype Test Pilots). If you are not a tester or a member of this program, it is highly recommended not to use the insider installer.

The “New Skype” has a completely different design and, unlike classic versions, is developed on the basis of the Electron framework (on the one hand it allows to develop cross-platform applications for desktop computers, but on the other hand, as a rule, unlike native applications, such applications consume more system resources). By default, the new Skype is not available for Windows 10, and instead it is offered to install Skype for UWP from Microsoft Store. This limitation can be bypassed if you run the installer in Windows 8 compatible mode (more info). Another workaround is to run the installer with the key /silent