21 october 2016 at 15:32 15 comments Windows, Help
(10 votes)
Recently, more and more users of Skype for Windows began to notice a new process SkypeBrowserHost.exe, which appears in the list of processes while working Skype. Given that the developers haven’t told officially about it, and that sometimes you can notice not one, but up to 5 processes SkypeBrowserHost.exe, some users have mistakenly assumed that this is a virus. Having looked through the official forum, in this post I have gathered answers to the most frequently asked questions related to this process. 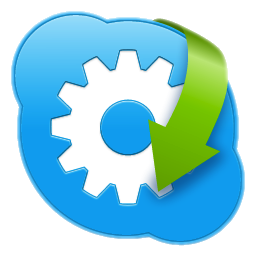 SkypeBrowserHost.exe for surely is not a virus (at least, if the file has a digital signature), and it is intended to put all the functions, associated with the display and processing of web components, in a separate process. For example, the Web components include the main page, profile editing, advertising banners, feedback and authorization form.

It is known that currently these tasks are performed by Internet Explorer, and any critical errors in this browser also affect the program Skype. However, if you move them to a separate process, even if an error occurs, Skype won’t complete its work forcefully. So to say, SkypeBrowserHost.exe plays the role of a sandbox, thanks to which the stability and performance of the program improve.

According to some tests and user’s messages, the removal of this process doesn’t disable any features of Skype, which seems to work well without this process too. I believe that in the absence of this process Skype uses the standard functions for processing Web components.

Nevertheless, I strongly recommend not to remove SkypeBrowserHost.exe without good reasons for this, since the presence of this process on some computers can be binding, and without it Skype can become unstable.

If you have decided to delete SkypeBrowserHost.exe process on your own risk: Note! When reinstalling or upgrading Skype, the process is likely to reappear, and you’ll have to rename the file again.

For the first time this file was added in version 6.20.0.104, but since this program is in the testing stage, the process is run only on a limited number of computers.

Why are there multiple processes?

Each opening a Web component by Skype will generate a new process SkypeBrowserHost.exe (for example, if you open two home pages, two SkypeBrowserHost.exe processes will appear in the process list). The developers assure that Skype will launch at most 5 of these processes, which are automatically closed, when the program doesn’t need the presence of the web component (for example, when you close the home page).